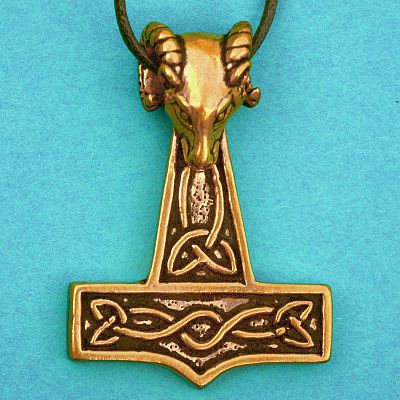 According to legend, Thor's Hammer Mjolnir, was originally meant to have a long handle so that it could be swung with both hands. The old tales say that the weapon was being forged for Thor by a pair of dwarfish brothers. In the middle of their work, Loki snuck in to their workshop, disguised as a fly. He bit one of the dwarves, causing him to draw the hammer out of the forge before the proper time. This resulted in a short handle for the hammer, so the it could only be swung one-handed. In spite of that, Thor wielded it with deadly accuracy in defense of Asgard, the home of the gods.